With a new year- and decade- arriving this week, Georgia Northwestern Technical College (GNTC) is looking back on the past year to the changes, accomplishments and new opportunities of 2019.

Over the past year the college has seen a significant increase in enrollment, new leaders step in and the opening of a brand new campus expansion.

Here are the top GNTC headlines of 2019:

Heidi Popham, former executive vice president at GNTC, stepped into the role of GNTC president on June 16 with the goal of working with community partners to ensure graduates have the skills they need to go into the workforce.

Popham has worked for Georgia Northwestern Technical College for more than 23 years. Her career at the college began when she was hired as the executive assistant to the President. Since then, Popham gained significant leadership experience having held positions as director of institutional effectiveness, vice president of institutional effectiveness, and in her latest role as executive vice president.

The increase was the third largest amongst technical college in the State of Georgia with GNTC admin crediting the relationships the college has forged with its nine-county service area.

According to Jason Gamel, GNTC director of Recruitment, it is crucial for the college to continue to foster relationships with the local community. “It is important to let people know the opportunities that are available to them.” 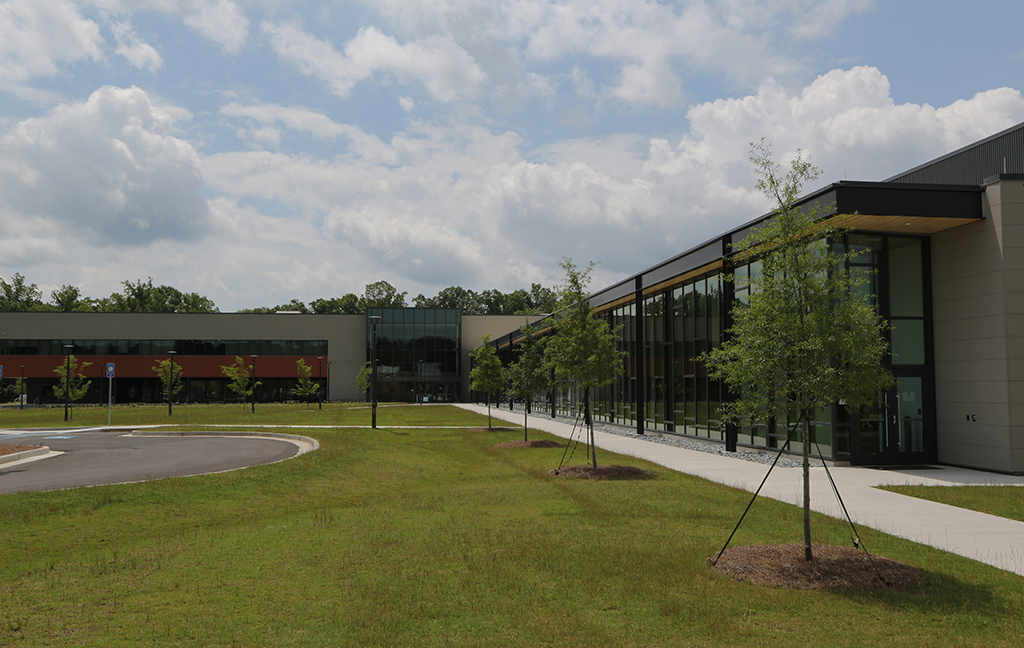 GNTC celebrated the completion of a major campus addition with a Ribbon Cutting Ceremony for the new Whitfield Murray Campus Expansion on September 20.

Governor Brian P. Kemp was the keynote speaker for the ceremony that took place in the lobby of the 80,000 square foot facility. City, county and state leaders also were in attendance at the ceremony in Dalton.

“I am very excited about the positive impact that this campus is going to have on the local community,” said Kemp. “We have been specifically targeting the northwest Georgia area and we know that Georgia

Northwestern Technical College will equip the students that we need with the knowledge and skills necessary to learn a trade and to start having a meaningful career.”

In March, the college received a $2.1 million federal grant from the U.S. Department of Education called the Strengthening Institutions Program to improve academic quality, institutional management and fiscal responsibility.

The five-year grant assists eligible higher education institutions to become more self-sufficient and expand capabilities to better serve lower-income students and boost graduation rates. The grant proposal was based on feedback from surveys, interviews and input from a program design team.

Instructor of the year

Leyner Argueta, program director of Business Management at Georgia Northwestern Technical College, was named the 2019 Rick Perkins Instructor of the Year for the Technical College System of Georgia during a banquet honoring the system’s most outstanding instructors and students at the Grand Hyatt in Atlanta on April 17.

An instructor at Georgia Northwestern since 2015, Argueta teaches Management and Supervisory Development on the Whitfield Murray Campus in Dalton. He is a resident of Calhoun and is bilingual in English and Spanish.

The international competition included some of the best welders from around the world bringing together 1,354 competitors from 63 countries and regions for the August contest.

“Preparing for WorldSkills has pushed me to always find better ways and more efficient ways to make a weld and get the best product,” Fincher said.

Just 24 months after the college struck gold for the very first time at the 2017 SkillsUSA National Championships, GNTC found the top of the medal stand once again.

The team of four students were required to build a construction project that demonstrated their ability to work together. Over a two-day period, the teams constructed an 8x8 structure complete with masonry, electrical, plumbing, and carpentry details.

“I am still trying to let it sink in that our GNTC team is the National Champ,” said GNTC Construction Management Director and SkillsUSA Advisor Donny Holmes. “These four guys worked harder than any team before.  They gelled together nicely as an actual team. If you can do that, that’s half the battle.”