According to Jim Pledger, program director and instructor of the Law Enforcement Academy, GNTC has had 24 classes and 23 graduations the ceremony. For this ceremony GNTC brought back a Basic Law Enforcement alumni speak at graduation for the first time. This year’s speaker was Sgt. Cathy Taylor who serves as the commander of the Rome-Floyd Metro Task Force.

“This program was the foundation of my ability to respond, as it will be yours,” Taylor told the 10 men and women seated on the stage. “You are no longer citizens and are held to a higher standard.”

After the Floyd County police officer concluded her remarks, Pledger opened the podium up to two program graduates, one from each class, who shared their experiences with friends, families and fellow law enforcement personnel. Courtney Wilkerson, Academic ‘Honor Graduate’ Award recipient of class #201902 and Patrick Doyle Scholarship recipient, said the ceremony marked the completion of 700 Peace Officer Standards and Training (POST) training hours which resulted in both physical and mental exhaustion. 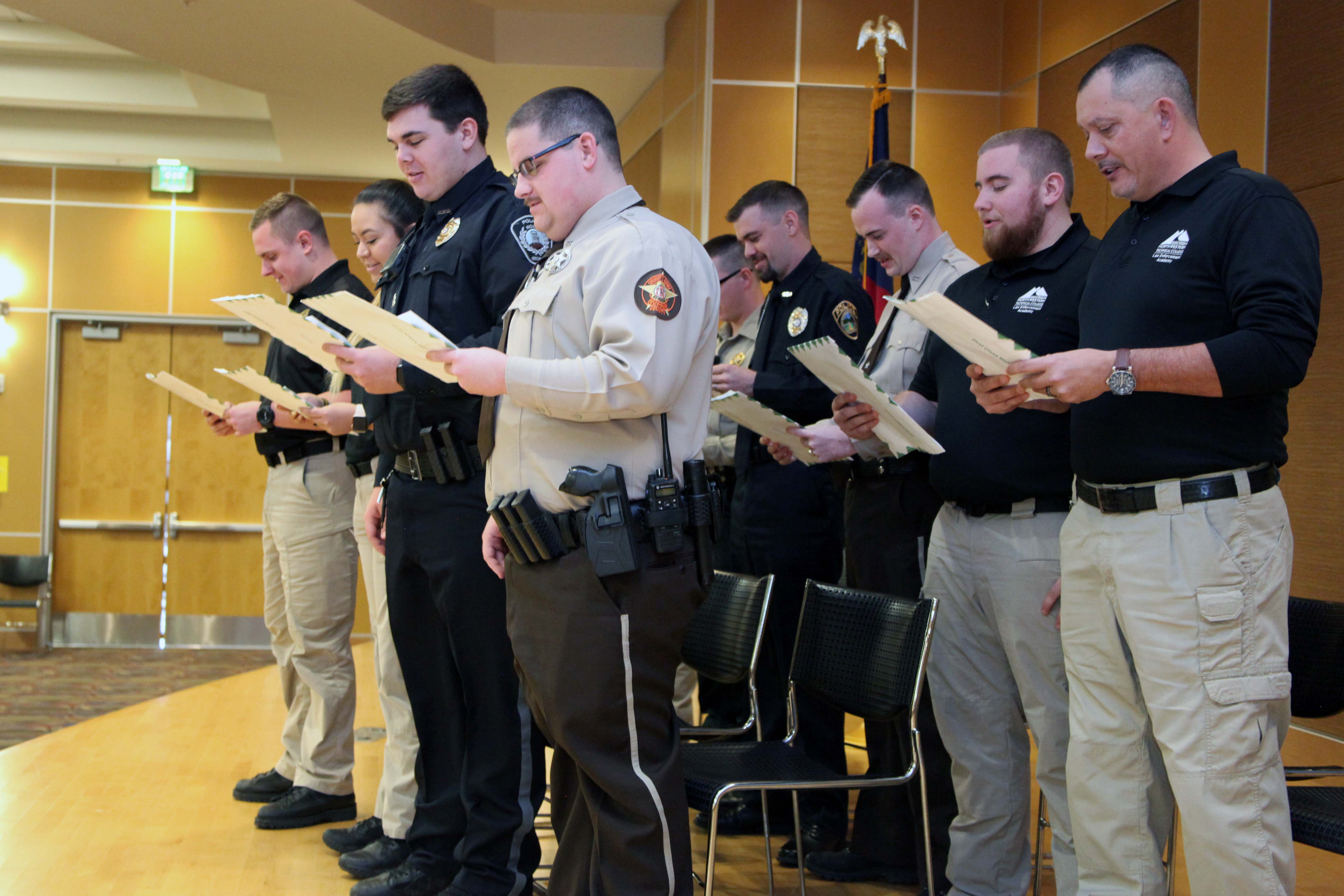 “Today is the day we all looked forward to,” Drake Bargeron, Academic ‘Honor Graduate’ Award recipient of class #201901, said. “We will finally take our oath, receive our guns and our badges.”