“I was struggling to get by, working two jobs and cleaning on the side, something had to change,” Robertson said.

While she is still a few days from graduation, Robertson has already achieved a new level of financial security and was recently promoted to a maintenance technician position at Roper Corporation.

“My whole life has changed because of the education I gained at GNTC,” Robertson said.

The 39-year-old mom is not a traditional Industrial Systems Technology student.

“The entire three years I have been in the program, there has only been two other women,” Robertson said.  “I will be the first female to complete the apprenticeship program at GNTC with Roper.”

During her time in the apprenticeship program, Robertson said she gained hands-on experience under veteran journeymen.

“There aren’t enough workers available that have the skill sets we need now. So, with the help of GNTC’s apprenticeship program we are able to add to the skilled workers we need in the workforce,” said Alan Lyles, Roper Corp. maintenance team leader. “Renee has been a great apprentice.” 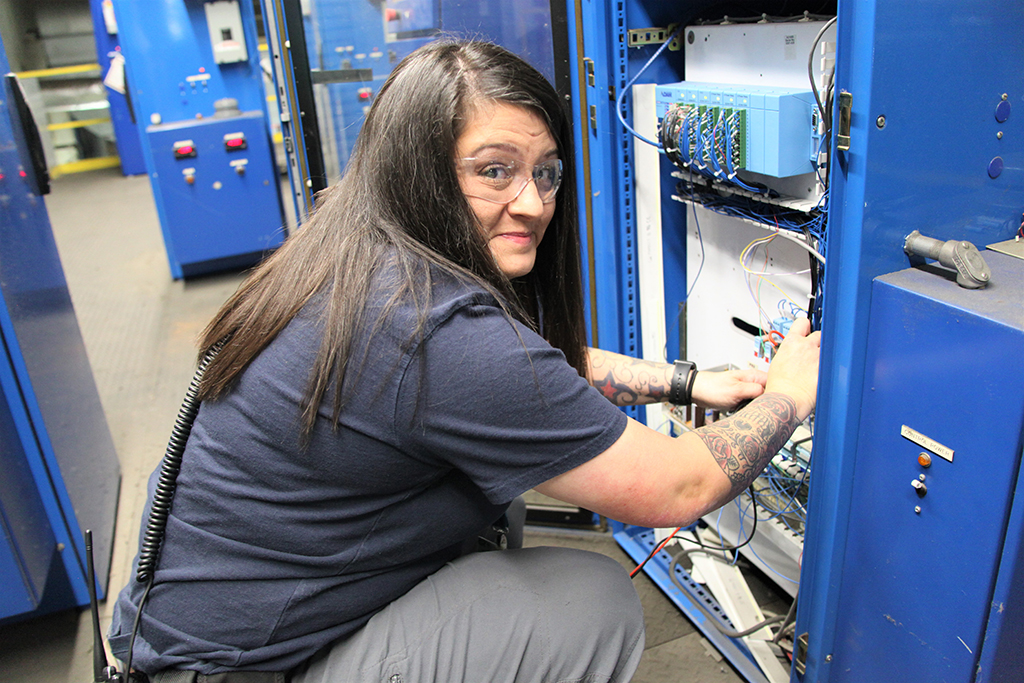 GNTC student Renee Robertson works on an electrical box at Roper Corporation. Robertson will be the first female to complete GNTC’s apprenticeship program with Roper

GNTC’s Industrial Systems Technology program is designed for the student who wishes to prepare for a career as an Industrial Systems technician or electrician. The program provides learning opportunities that introduce, develop and reinforce academic and technical knowledge, skill and attitudes required for job acquisition, retention and advancement.

Robertson, who had previously been employed at Roper before entering the program, said she was inspired to sign up for the Industrial Systems Technology program at GNTC by watching the men who worked on all the machines at Roper.

“I was not going to be bound by gender roles,” Robertson said. “My mom did electrical and plumbing work, so I guess you could say it is in my genes.”

Robertson will join students representing GNTC’s nine-county service area in the upcoming Fall Commencement Ceremony on Thursday, Dec. 2, to celebrate their success in completing their program of study.

Roper produces some of America's best cooking products, with more than 300 new appliances (from free-standing electric ranges to wall ovens to cooktops in a variety of finishes and designs) launched over the last two years. The plant produces cooking products for the Monogram®, GE®, GE Profile™ and CAFÉ™ brands.

Annually Roper spends $200 million with Georgia-located suppliers and provides more than $100 million in salary and benefits to Georgia workers each year.

Georgia Northwestern Technical College provides quality workforce education to the citizens of northwest Georgia. Students have the opportunity to earn an associate degree, diploma or a certificate in aviation, business, health, industrial or public service career paths. This past year, 11,820 people benefited from GNTC’s credit and noncredit programs. GNTC has an annual credit enrollment of 8,591 students and an additional enrollment of 3,229 people through adult education, continuing education, business and industry training and Georgia Quick Start. GNTC is a unit of the Technical College System of Georgia and an Equal Opportunity Institution. 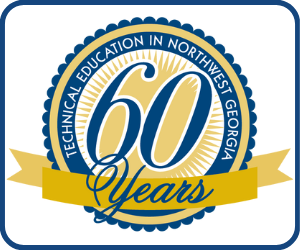