Friends, family, advisory board members, chiefs, sheriffs, community leaders, and fellow law enforcement officers from across the Northwest Georgia region also were in attendance at the ceremony in Calhoun to honor the graduates.

The proceedings began with Jim Pledger, director of the Law Enforcement Academy at GNTC, welcoming guests and introducing current and former staff from the academy.

The keynote speaker at the ceremony was Kenneth Dodd, police chief of the Polk County Police Department.

Dodd began his law enforcement career as a jailer for the Floyd County Sheriff’s Office in 1991. After graduating from the Police Academy at Floyd Junior College (now Georgia Highlands College) in 1992, he became a deputy sheriff. 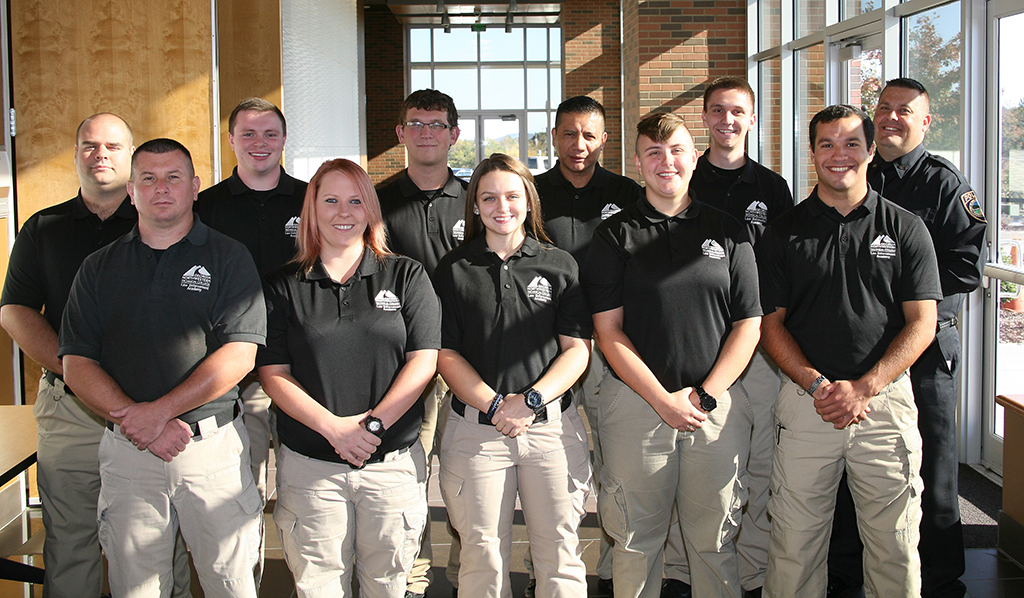 In 1994, Dodd became a patrolman at the Polk County Police Department and worked his way up to police chief in 2008.

Dodd reminded the graduates that character is a key attribute of being a police officer.

“The most important skills in being a cop are honesty, integrity, and courage,” said Dodd. “That has everything to do with your attitude and how you approach things, so I encourage you to have a positive attitude every day.”

“We would all rise together and face each challenge as a team.”

Billy F. Smith III was the student speaker for the ceremony.

“When we first met, we were different people with different backgrounds all pursuing a career in law enforcement,” said Smith. “We would all rise together and face each challenge as a team.”

Smith also was presented with the “Top Gun” award for excellence in marksmanship. Jonathan L. DeFoor received the Academic (Honor Graduate) Award for having the highest grade point average.

Georgia Northwestern Technical College provides quality workforce education to the citizens of Northwest Georgia. Students have the opportunity to earn an associate degree, diploma, or a certificate in business, health, industrial, or public service career paths. This past year, 14,151 people benefited from GNTC’s credit and noncredit programs. With an annual credit enrollment of 7,956 students, GNTC is the largest college in Northwest Georgia. GNTC has an additional enrollment of 6,195 people through adult education, continuing education, business and industry training, and Georgia Quick Start.  For more information about GNTC, visit us at GNTC.edu or contact a Student Help Center on any one of our six campus locations at 866-983-4682. GNTC is a unit of the Technical College System of Georgia and an Equal Opportunity Institution.