The AWS U.S. Invitational Weld Trials will take place Dec. 3-9 at Robotics Technology Park in Huntsville, Ala. Three finalists will be chosen at the Weld Trials to go to the next stage to compete to become the U.S. representative at the international welding competition.

The SkillsUSA World Team Welder will be selected on Feb. 17 from the top three finalists at the AWS TeamUSA Finals. The winner will receive a $40,000 scholarship in addition to representing the nation against the best WorldSkills welders from other countries. 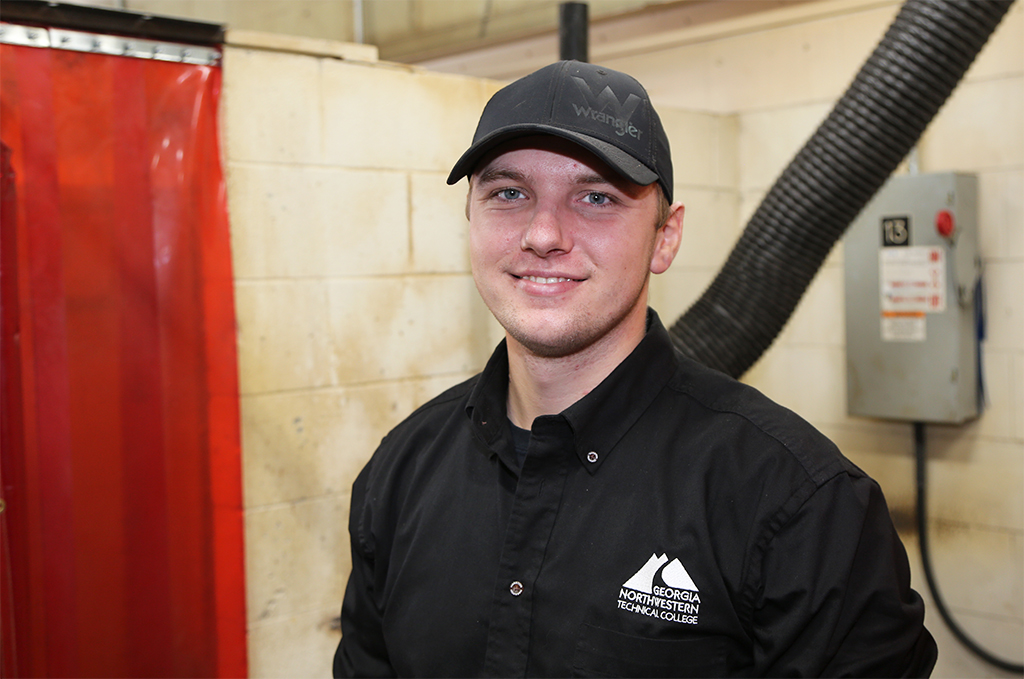 GNTC alumnus Ryan Fincher of Cedartown is one of six finalists competing in the AWS U.S. Invitational Weld Trials. Three finalists will be chosen to go to the next stage and the winner will go on to compete internationally with welders from around the world.

“The Welding and Joining Technology program at GNTC pushed me to be the best welder I can be and has always helped me as much as they can along the way,” said Fincher.

Every two years, the AWS invites the top 48 welding competitors from the National SkillsUSA Championships to compete in the four-stage competition that will decide the SkillsUSA World Team Welder. All competitors were state champions and have competed at the National Level for SkillsUSA.

This is second time Fincher has made the top six. In 2016, he was one of six finalists for the 2017 WorldSkills Competition.

“This is the result of Ryan practicing sometimes for 12 to 16 hours a day, six to seven days a week” said Matt Hayden, GNTC Welding Instructor.

Fincher and the other five finalists will be working in the American Welding Society’s exhibition booth at FABTECH 2018, Nov. 3-9, at the Georgia World Congress Center in Atlanta as part of their preparation for the U.S. Invitational Weld Trials.

Fincher’s trip to China was part of his preparation to compete in the four part Team USA Welder Selection competition.

“I was nervous, but it was probably one of the best experiences I’ve ever had,” said Fincher. “It was a very eye opening experience how the people in China treat their guests. They have a lot of hospitality.”