Student safety is of the highest priority on any college campus these days, according to Pete McDonald, president of Georgia Northwestern Technical College (GNTC).

Which is why Georgia Northwestern has recently created and gained state approval for its own police force to handle incidents and promote student, faculty, staff and visitor safety at each of GNTC’s six campuses.

“The safety of our students, faculty and staff as well as visitors to our campuses is of the highest priority,” said McDonald. “A safe campus environment is critical to learning and skill development. Our new police officers are highly experienced officers who bring many years of knowledge to the challenge of developing and maintaining a safe college experience for everyone.”

In the past, GNTC employed part-time, off-duty officers from other agencies to police its campuses in the nine county service area. 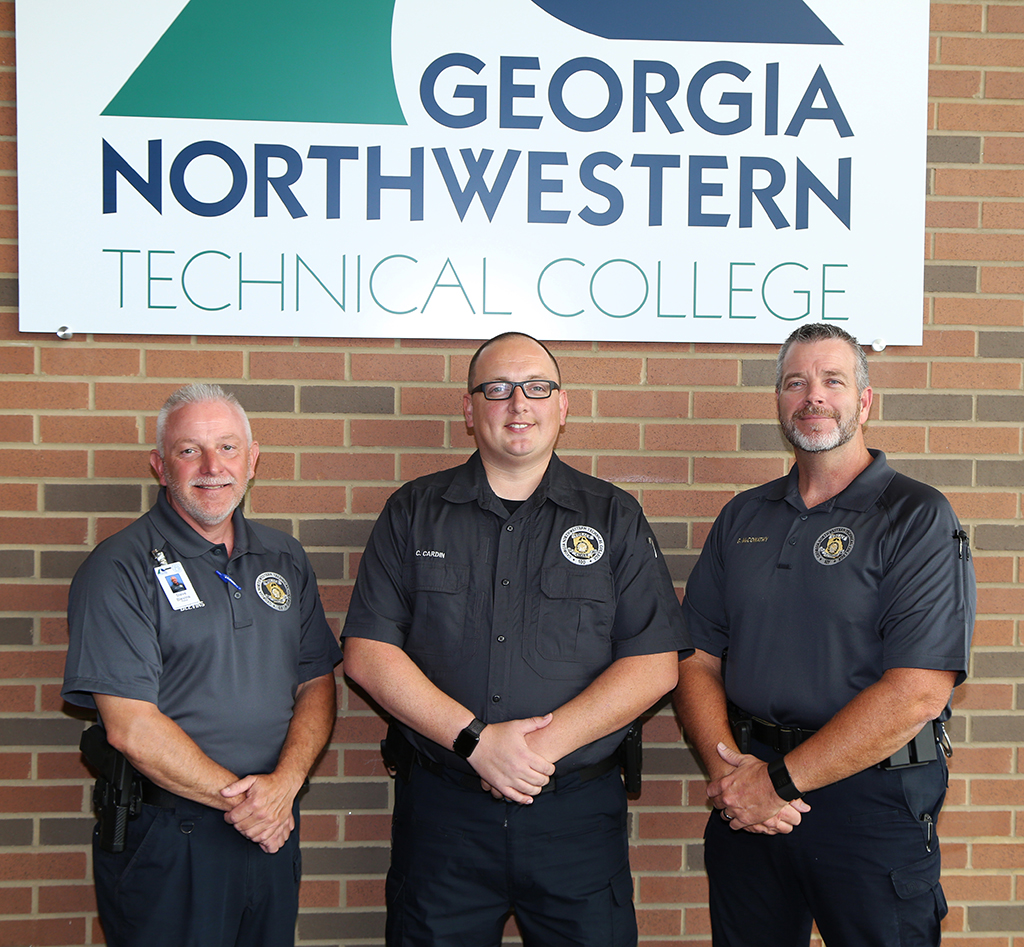 “If you have an officer from another police department working for you, and as something happens, they have to follow the policies and guidelines for their department,” said Chad Cardin, chief of GNTC Police.

One of the key advantages to GNTC having a campus police force is that it allows the college to set its own policies and procedures which allows a concentrated focus on policing in the college environment.

“This means that we have more control,” said Cardin. “It is also advantageous to have a campus police department because you can operate it with less expense than hiring officers from other agencies.”

The police department at GNTC is a fully certified state police agency as signified by the Peace Officer Standards and Training Council and the Georgia Crime Information Center, according to Cardin.

“Campus police officers have full police powers and we are the same as other law enforcement agencies in the state of Georgia,” said Cardin.

“So far we have hired four full-time officers and I have twelve part-time officers who will join the department soon,” said Cardin.

The Basic Law Enforcement Academy at GNTC provided a presentation during the regional meeting to discuss how their graduates could help facilitate the needs of the region.

GNTC Police have also entered into mutual aid agreements with surrounding counties and municipalities. Under these agreements, college police officers can operate off campus when requested by other agencies to assist them.