Atkins and Russell are instructors of English at Georgia Northwestern Technical College (GNTC). Both books are available in the Rome area.

Atkins’ novel is the story of a bar band that always wanted to hit it big, never quite did, and are now finding themselves older and winding down.

“This novel is kind of a tribute to all the folks that either wanted to be in a band or wish they had gotten farther with their musical careers,” said Atkins. “I think the desire to get out in front of a crowd is kind of in all of us a little bit. We all want to be a star in our own way.” 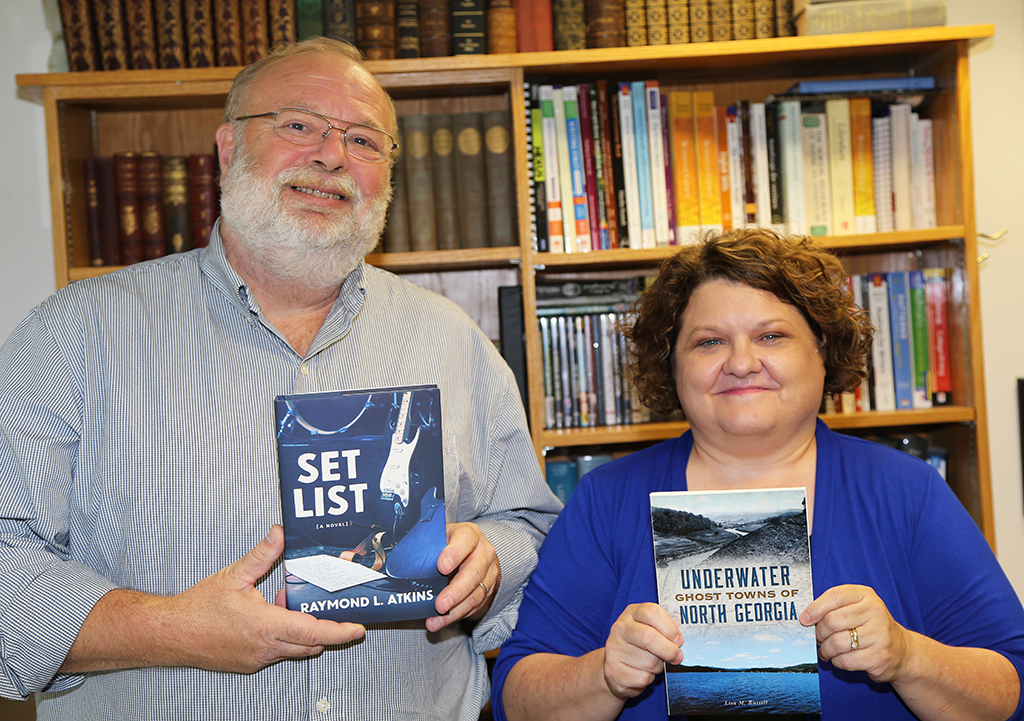 Russell’s book examines some of the towns and communities that were lost when some of north Georgia’s lakes were created by damming the rivers in the region.

“When I wrote my first book ‘Lost Towns North Georgia’ there was a chapter in there called ‘Drown Towns,’” said Russell. “I approached the publisher with the idea of expanding that chapter into another book and it turned out to be something totally different than what I thought once I did the research.”

Russell says that she likes using this sort of microhistory as a learning tool when she teaches her students to do research.

“I tell my students to find something in history, in the past, or somebody who’s not really famous and let’s talk about them,” said Russell. “We look at something small and see how it made a big difference in the world”

Russell is a member of the Society for Georgia Archaeology, Bartow History Museum, and Etowah Valley Historical Society. She earned her master’s degree in professional writing from Kennesaw State University.