One of the nation’s largest charitable organizations has honored a Georgia Northwestern Technical College Computer Information Systems pro for his service to the Northwest Georgia community.

At the 2017 Kiwanis Club district convention for Kentucky and Tennessee, Dr. Dwight Watt was honored for his service in working as an administrator with the public service organization. Watt will finish his term as a Lieutenant Governor of Kiwanis at the end of September.  The district Kiwanian club awarded him a plaque recognizing the honor.

Watt also stole the show as he was honored for his service to Circle K International (Circle K). The collegiate branch of the Kiwanians awarded Watt a certificate honoring his support of the student side of the non-profit organization for his work with their online presence. Watt is Georgia Northwestern’s Program Director of CISCO and Computer Information Systems on the college’s Walker County Campus. 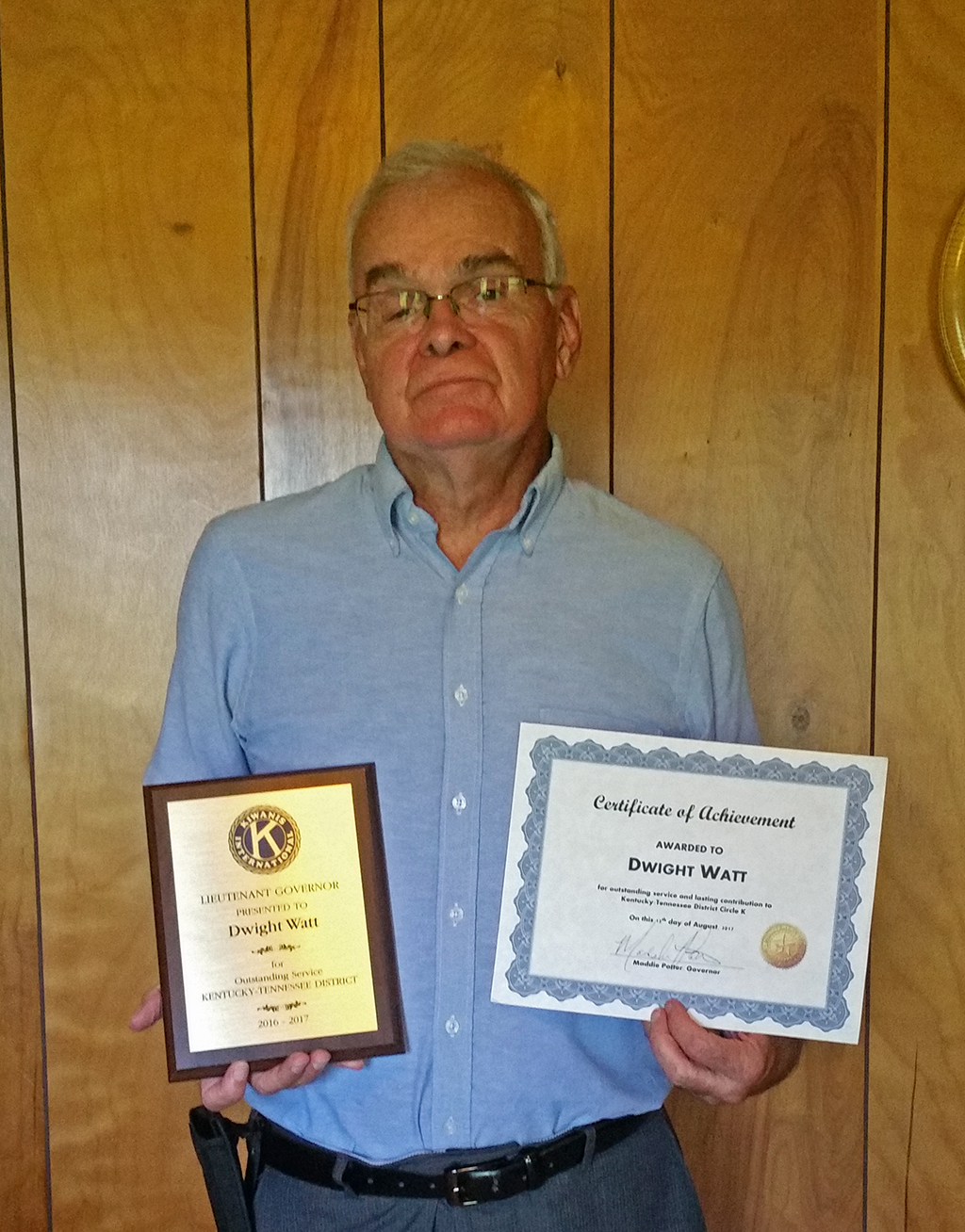 Dr. Dwight Watt shortly after receiving his awards for achievement for work with the Kentucky-Tennessee Regional Kiwanis Club Conference. The annual event was held for the 99th time this past summer. Louisville, Kentucky serves at the host site.

Kiwanis International administrators awarded Watt with both awards during the Kiwanians Kentucky-Tennessee District Convention in Louisville, Kentucky during the week of August 14. “The Circle K award was a complete surprise to me,” said Watt. “I have been working with them on their website for the past year.”

As for the Kiwanians in Northwest Georgia, Watt and members of the local branch helped its sister chapter in Chattanooga this summer. The two groups were part of an effort to build a fitness park at The Howard School in Hamilton County, Tennessee.

Georgia Northwestern Technical College provides quality workforce education to the citizens of Northwest Georgia. Students have the opportunity to earn an associate degree, diploma, or a certificate in business, health, industrial, or public service career paths. This past year, 14,151 people benefited from GNTC’s credit and noncredit programs. With an annual credit enrollment of 7,956 students, GNTC is the largest college in Northwest Georgia. GNTC has an additional enrollment of 6,195 people through adult education, continuing education, business and industry training, and Georgia Quick Start.