When professional basketball legends like Reggie Miller and Lisa Leslie follow your Instagram account, you know you’ve had some success. For former Georgia Northwestern Lady Cats guard Kenisha (Scooby) Watkins, that fame has come by way of a summer blockbuster.

Earning her way into a supporting role in the new movie, “Uncle Drew,” Watkins plays the role of a member of a women’s basketball team. This brush with fame brought the Lilburn, Georgia product face-to-face with former and current pro players like Miller, Leslie, Shaquille O’Neal, Nate Robinson, and five-time NBA All-Star, NBA World Champion, and the number one draft pick in 2011, Kyrie Irving.

“It wasn’t part of the movie or anything, but I got to play some one-on-one with Kyrie on the set,” said Watkins. “That was my favorite part of it all. And, getting to meet and joke around with the legends at the shoot.” The movie shoot took place in a small country town about a year ago. However, it has been six years since the 5-foot-3 guard was a bit of a local legend in Northwest Georgia hoops. 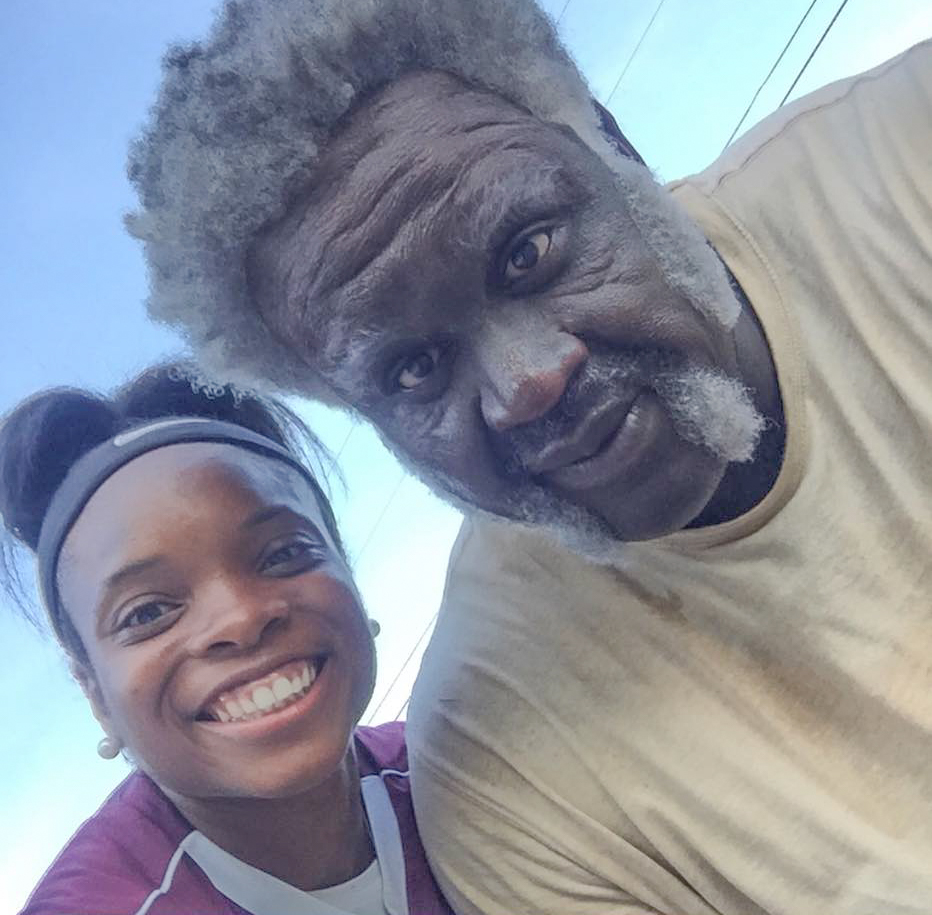 Watkins first made waves on the hardwood in high school. After helping her Berkmar (GA) High School Patriot teams make the GHSA State Playoffs her junior and senior seasons in 2010 and 2011, Watkins would really garner attention on the collegiate floor as one of the cast members of Georgia Northwestern’s first-ever qualifier for the NJCAA National Tournament. “That was a really special time in my life,” said Watkins of her freshman year with Georgia Northwestern. “I wouldn’t trade it for the world."

Huge shots from Watkins down the stretch of the 2012 NJCAA Region XVII Conference Championship would help punch the college’s historic trip to nationals. “She was a little pistol for us,” said former Georgia Northwestern Lady Cats Assistant Head Coach, Robbie Nash. “She really caught fire in that game. She hit a run of late three-pointers that really put it away for us.” The Lady Cats would see that historic 2011-12 campaign come to an end when they would run into NJCAA #6 Montgomery College-Rockville in a “Sweet 16” game just outside of Washington, D.C.

From playing for a collegiate Sweet 16 contender at Georgia Northwestern to lighting up the big screen, Watkins has always had a little “Hollywood” in her personality. “She would always tell the coaches that if her shoes look good, she’d play good,” said former Georgia Northwestern Lady Cats Assistant Coach Consuelo Saxton. “Scooby liked to dance around the locker room and bang on the lockers before each game. That’s how she hyped herself up.”

Now, 25, Watkins is still that charismatic small town Georgia girl. But now, while she is still working on her game, she is also working on a career in the dental industry. “I think I want to become a hygienist,” said Watkins. “It’s a new step in my life and I’m looking forward to all the greater things still to come.”

The movie, “Uncle Drew,” opened in theaters in North America on June 29. The film stars comedian Lil Rel Howery who plays Coach Dax. He coaches a street ball basketball team with hopes of winning the Rucker Classic Street Ball Tournament held in Harlem, New York. After a series of unfortunate setbacks, the coach loses his players and needs help. He then stumbles upon street ball legend, Uncle Drew. After convincing Drew (Kyrie Irving) to take to the court one final time, they hit the road to find all of Drew’s old teammates from the prime of his career.

For more information on Georgia Northwestern Technical College, you can call 866-983-4682. For information online, visit the college at GNTC.edu, as well as on GNTC’s Facebook, Twitter, Linkedin, Google+, WordPress, and YouTube channels. GNTC is a unit of the Technical College System of Georgia (TCSG) and an equal opportunity institute.

Georgia Northwestern Technical College provides quality workforce education to the citizens of Northwest Georgia. Students have the opportunity to earn an associate degree, diploma, or a certificate in business, health, industrial, or public service career paths. This past year, 16,402 people benefited from GNTC’s credit and noncredit programs. With an annual credit enrollment of 7,750 students, GNTC is the largest college in Northwest Georgia. GNTC has an additional enrollment of 8,652 people through adult education, continuing education, business and industry training, and Georgia Quick Start.  GNTC is a unit of the Technical College System of Georgia and an Equal Opportunity Institution.