Seven years ago, Catoosa County’s Charles “Chance” Nix graduated from Georgia Northwestern Technical College (GNTC) with a plan. He would take his Criminal Justice Degree he earned in 2010 and turn it into a career.

Seven years later, the former Catoosa County Sheriff’s Deputy has done just that. Next month, when students walk the halls for the first day of the new school year at Lakeview-Fort Oglethorpe High School (LFO), the GNTC alum will be at the helm of Warrior Country.

It was more than a decade ago when Nix first worked in a high school. In 2006, he served as the School Resource Officer (S.R.O.) at LFO in Catoosa County, Georgia. It would be one of the school’s former principals, Jack Sims, who would nudge him towards education. “He saw something in me,” Nix said. “…and that turned everything around.” Now, Nix saw himself one day being a teacher. But never a principal. 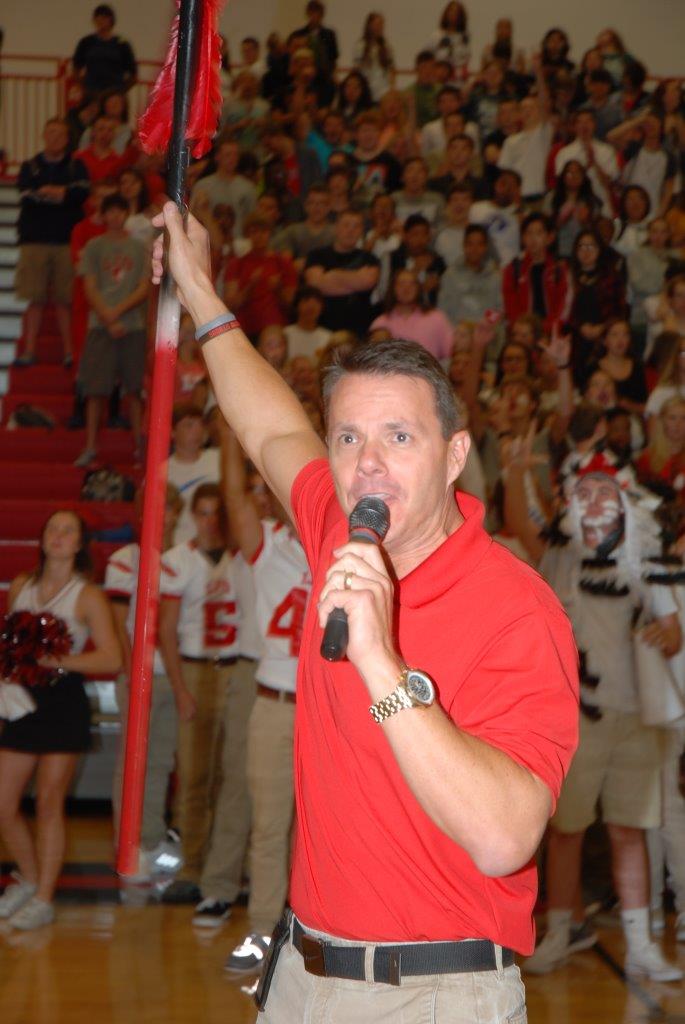 Nix would then attend Georgia Northwestern Technical College in Walker County, Georgia. He would first earn a diploma (2009), and then, an Associate’s Degree in Criminal Justice (2010). “At Georgia Northwestern, I enjoyed the relaxed atmosphere, friendly professors, and convenience to work and family life.” His first stop on the teaching circuit would be at Heritage High School in Ringgold, Georgia. Nix would teach Law and Justice classes at Catoosa County’s newest high school.

In an effort to pursue an administration career in the Catoosa County School System, the 46-year-old Ringgold man would later continue his education at Lincoln Memorial University (TN) and Valdosta State University (GA) to earn a Master’s Degree in Education and an Educational Specialist Degree, respectively.  His first administrator role was at Westside Elementary serving as the assistant principal with Principal Dr. Mike Rich.

After serving first as an assistant principal at LFO, Nix officially got the call this spring to replace LFO administrator Terri Vandiver as principal in the 2017-18 school year. Vandiver came into office the summer of 2010 when she replaced long-time Principal Jerry Ransom. Serving also as a long-time coach, teacher, and administrator, Ransom served as the principal of LFO for thirty years.

Nix and his wife, Heather, have been married since 1994. She is a teacher at Ringgold Primary School in Catoosa County. They have two children, Hailey, 18, and Savannah, 15.

Applications to enroll in the Criminal Justice Technology program, or any of the more than 200 programs offered at GNTC, are due by July 24. For more information about GNTC, visit the college at GNTC.edu. You can also contact a Student Help Center on any one of our six campus locations at 866-983-4682. GNTC offers classes online and on-campus at the Catoosa, Floyd, Gordon, Polk, Walker, and Whitfield Murray Campuses across Northwest Georgia.

Georgia Northwestern Technical College provides quality workforce education to the citizens of Northwest Georgia. Students have the opportunity to earn an associate degree, diploma, or a certificate in business, health, industrial, or public service career paths. This past year, 14,151 people benefited from GNTC’s credit and noncredit programs. With an annual credit enrollment of 7,956 students, GNTC is the largest college in Northwest Georgia. GNTC has an additional enrollment of 6,195 people through adult education, continuing education, business and industry training, and Georgia Quick Start.  For additional information, you may also visit GNTC’s Facebook, Twitter, Linkedin, Google+, WordPress, and YouTube channels. GNTC is a unit of the Technical College System of Georgia and an Equal Opportunity Institution.