On Sunday, July 1, Georgia Northwestern Technical College’s (GNTC) Team DeSoto crossed the finish line of The Great Race, a rally-style race with vintage vehicles that began in Buffalo, N.Y., and ended in Halifax, Nova Scotia, Canada over the course of nine days.

The Great Race was an endurance race with classic cars and all participants drove vintage vehicles. Each vehicle had to be model year 1972 or older for the 2018 race. GNTC’s Team DeSoto drove a 1955 DeSoto Fireflite that was restored by the Automotive Technology program.

The Great Race began 36 years ago and was created to get vintage automobiles out of the museums or private collections and on the streets, according to Great Race organizers. The Great Race is named after the 1965 movie that starred Tony Curtis. 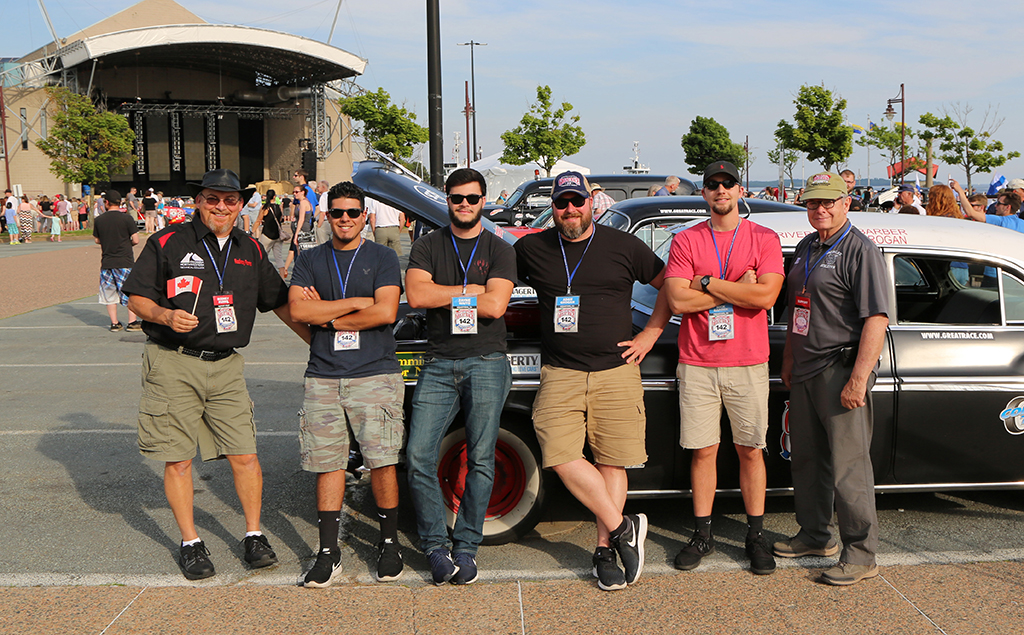 The race is not a speed race and the routes between checkpoints are scenic back roads.

“It is nothing short of life changing - the overall experience, the people we have met, and the things that we have learned,” said Barber. “When we transitioned from the United States into Canada the landscape was beautiful and the back roads that they take us on were absolutely breathtaking.”

Video: What was it like to experience The Great Race?

“The race is all about time management, just to get from point A to point B, within the given time frame,” said Valle. “It’s a really, really big experience and it is very exciting.”

Video: What makes The Great Race different from other races?

Team DeSoto competed in the X-Cup division of The Great Race, a special class that was created to encourage younger generations to take an interest in vintage vehicles.

“The classic car world has been a big part of my childhood,” said Grogan “Going through all this just makes me appreciate it so much more.”

The team was in very good standing to win the X-Cup towards the end of the race, but a rotor button broke on the engine during the final stage of the race. Barber and Waits were able to tape the button back together with duct tape so the car could drive across the finish line, but by that point they missed too many of the checkpoints to win the division.

The stages of The Great Race included:

Each stop of The Great Race was open to the public and the cars would park together after crossing the finish. Thousands of spectators were present at the end of each stage.

Video: What is it like to take part in The Great Race?

“These guys are really going to benefit from this experience in a lot of different ways,” said Rodney Parris, director of GNTC’s Automotive Technology program and leader of Team DeSoto. “They are going to carry this experience for the rest of their lives.”

A majority of the pit stops and overnight stops were chosen by organizers because they were close to an antique car museum or vintage car collection. At several stops, The Great Race was paired with other events that involved vintage automobiles.

“I grew up working on classic cars,” said Waits. “You look at new cars and compare them with old cars and figure out where they came from, the history behind it, and it is really just a great learning experience.”

GNTC’s participation in The Great Race was made possible by Patricia and Wayne Vick, who donated the DeSoto to GNTC’s Foundation and also donated all the parts that were needed for the restoration. The Vicks also covered all hotel expenses for GNTC students and personnel involved in the race and their company Southern Bracing Systems was the primary sponsor of Team DeSoto.

“Wayne and Patricia Vick are really great people and I just want to say we really appreciate them for supporting us through all this and it has just been a really great time,” said Waits.

Although they didn’t win the X-Cup, the team did get to have an unforgettable, once-in-a-lifetime journey and the team members learned a lot about classic cars and each other.

“We actually grew a little bit closer and we became a family,” said Valle.