"People see the troubling things involving law enforcement on social media these days and it affects all police officers,” said Tony Pyle, Chief of the Calhoun, Georgia Police Department, during a keynote speech to the latest graduating class of the Georgia Northwestern Technical College (GNTC) Basic Law Enforcement Academy. “As the next generation of law enforcement, you can play a part in changing that.” 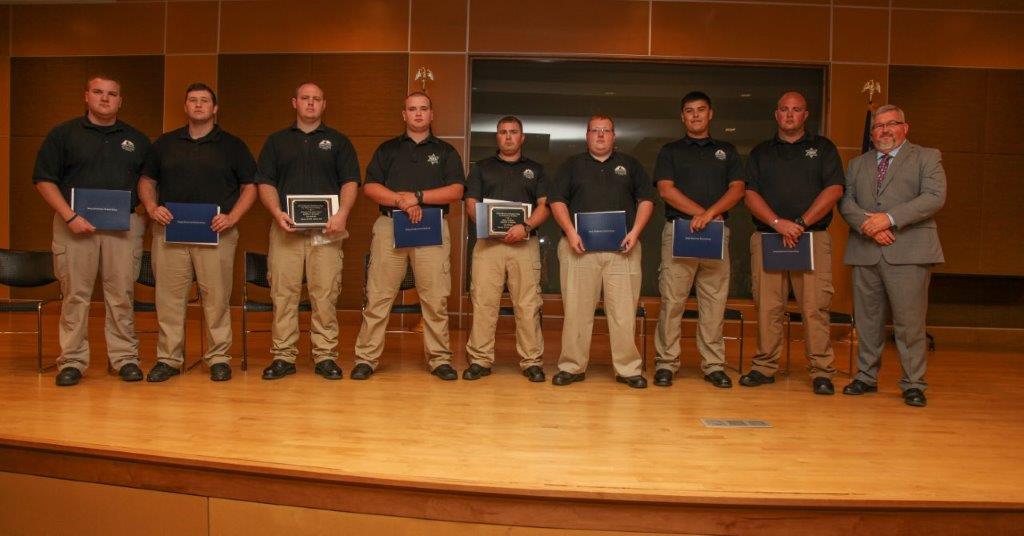 “If you ever forget your mission, just look on the side of your patrol car and read what it says,” said Pyle. “To protect and to serve.”  Pyle began his career in law enforcement in 1988 handling college security at Rome, Georgia’s Berry College. Two years later, he joined the Calhoun, Georgia Police Department. During his time on the force, he would serve as a patrol officer, as a Detective Sergeant and Commander of the Drug Task Force, and as a Detective, Lieutenant, and Captain within in the Criminal Investigation Division before becoming Chief.

This class of new law enforcement specialists is the 20th graduating class under GNTC Law Enforcement Academy Director Jim Pledger. Joshua Morris was named the program’s “Honor Graduate” for earning the highest grade point average in his class. Justin Watson was given the program’s “Top Gun” award for excellence in marksmanship. Both Morris and Watson are former members of the United States Marine Corps. Graduate Dustin Bruce served as a Ranger in the United States Army.

For more information on Georgia Northwestern Technical College’s Basic Law Enforcement Academy, you can call 866-983-4682. For information online, visit the college at GNTC.edu, as well as on GNTC’s Facebook, Twitter, Linkedin, Google+, WordPress, and YouTube channels. GNTC is a unit of the Technical College System of Georgia (TCSG) and an equal opportunity institute.