Four Georgia Northwestern Technical College (GNTC) students earned first in the nation at the SkillsUSA National Leadership and Skills Conference this month in the TeamWorks category. This is the second year GNTC’s TeamWorks team has won gold at the national competition.

After spending the month of June preparing, all six of the GNTC students that took part in the national competition placed in their respective events.

“With the changes that have occurred in the last year, I am so proud of the accomplishments of our students and their instructors,” said Missy McLain, GNTC’s SkillsUSA coordinator. “Being a national medal winner as well as a top nine finalist in the nation is incredible and shows how hard our students have worked along with the excellent guidance from their instructors. Their success is truly a testament to the great education they are being provided here at Georgia Northwestern, and I am honored to be able to celebrate these successes with them.”

The event was held virtually this year. Competitors were filmed during their event and the videos were submitted to the judges.

“This team had to overcome some different obstacles with the virtual competitions, but persevered and came out on top,” said Holmes. “We put in several practices to sharpen their timing and skills. This group worked well together and that is half the battle.”

In the TeamWorks competition, GNTC students worked together to master carpentry, masonry, plumbing and electrical components. The team was handed a blue print the day of the competition and went to work on a small structure that had to be completed within a specified amount of time. According to Holmes, each GNTC TeamWorks competitor specialized in a specific construction component to fulfill their role on the team. 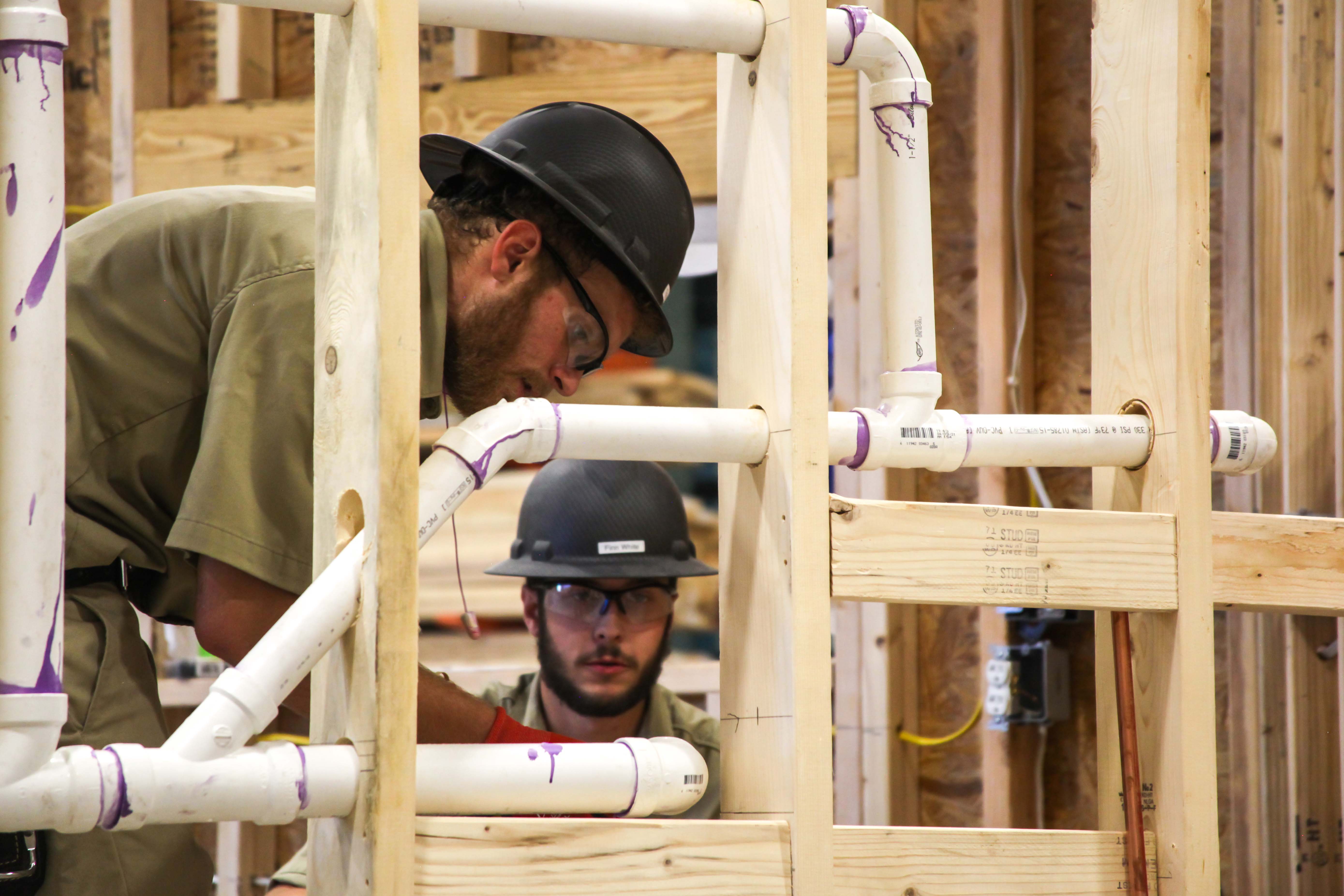 This year was the first time a GNTC student competed in the Plumbing competition. As a high school student, Cornejo won gold in the Carpentry competition at the SkillsUSA regional and state level. He currently works for a plumbing company in Cedartown, and used the knowledge he acquired in the field to interpret the plans and build the project as specified to win the silver medal.

“He just has that winning drive in him,” Holmes said. “I told him what he had to do, and he made it happen.”

“Brett has been a pleasure to teach and is a motivated young man,” said Peco. “I am sure I will call on him in the future when I need questions answered on new vehicle technology. Brett represented both GNTC and the State of Georgia very well and I am so proud of him.”

GNTC also received Quality Chapter recognition in the 2021 Chapter of Excellence Program (CEP) earlier this year. The CEP recognizes achievement as it relates to the integration of the SkillsUSA Framework in chapter program of work activities. GNTC was recognized for achieving essential standards of excellence as a Quality Chapter.

Georgia Northwestern Technical College provides quality workforce education to the citizens of northwest Georgia. Students have the opportunity to earn an associate degree, diploma or a certificate in business, health, industrial or public service career paths. This past year, 11,820 people benefited from GNTC’s credit and noncredit programs. GNTC has an annual credit enrollment of 8,591 students and an additional enrollment of 3,229 people through adult education, continuing education, business and industry training and Georgia Quick Start. GNTC is a unit of the Technical College System of Georgia and an Equal Opportunity Institution.