Attorney Robert L. (Bob) Berry, a senior partner of Brinson Askew Berry, was recently sworn in as Georgia Northwestern Technical College’s (GNTC) newest Board of Directors member by Stuart Phillips, interim president of GNTC, at the June meeting held on the Whitfield Murray Campus in Dalton.

Berry has served as a partner for Brinson Askew Berry since 1975. He focuses on medical malpractice, professional and insurance defense and his firm is located in Rome. 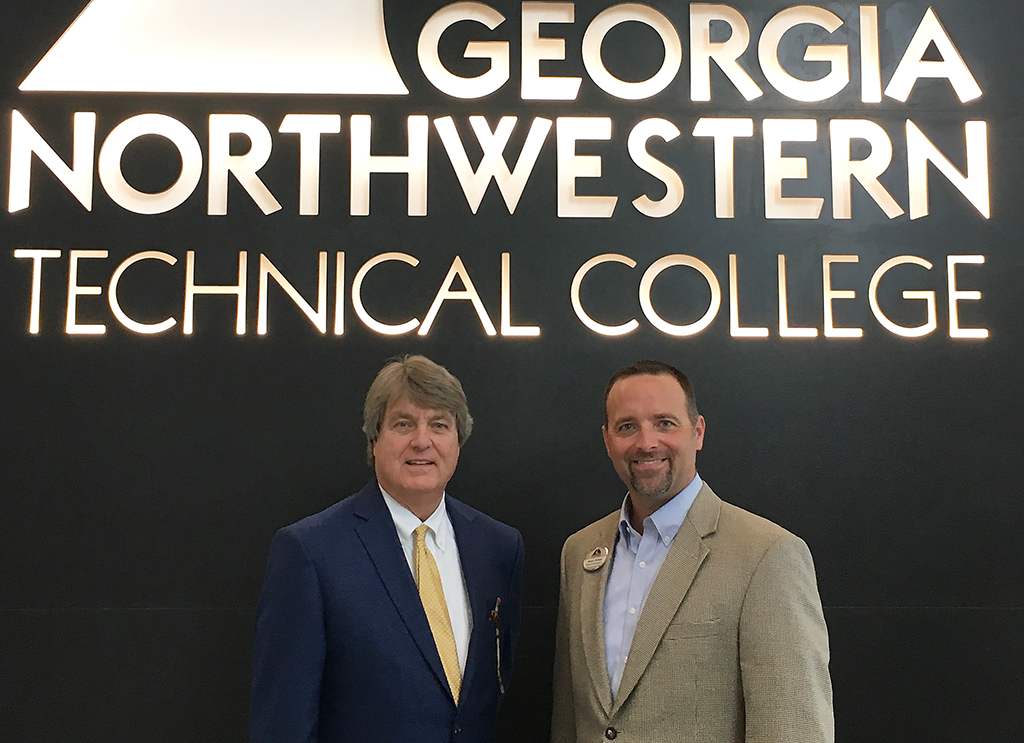 Stuart Phillips (right), interim president of GNTC, congratulates Attorney Robert L. Berry (left) for becoming the newest member of GNTC’s Board of Directors during the June meeting on the Whitfield Murray Campus in Dalton.

Berry received a juris doctorate degree from the University of Georgia School of Law in 1973 and a bachelor’s degree from Emory University in 1968. He graduated from Darlington School in 1964 and was the Honor Council President and received the Faculty Medal for General Excellence.

Listed are members of GNTC’s Board of Directors showing (left to right) the Board member’s name, county, place of employment, and title: