GNTC and the Herz Foundation Partner to Train German Apprentices

Three German apprentices are currently part of the advanced manufacturing workforce in the northwest Georgia region as part of a partnership between Georgia Northwestern Technical College (GNTC) and the Joachim Herz Stiftung Foundation.

The students are participating in an exchange program between the Technical College System of Georgia (TCSG) and the Herz Foundation’s Azubis Go USA program. As part of the program, trainees from Hamburg or Bavaria are invited to spend eight weeks working as interns to receive on-the-job experience in Georgia.

Each trainee is an apprentice for a host company in Germany. As part of the Azubis Go USA program, students must spend two weeks at a technical college before starting the internship with the company or institution in Georgia. The Herz Foundation has long-standing ties to Georgia, which led to the partnership with the TCSG and several companies in the state.

Benjamin Berger, Jan Gaertner, and Christoph Gurok spent two weeks at GNTC before starting internships in their field of study. The students are living with host families in Bartow, Gordon, and Floyd Counties. 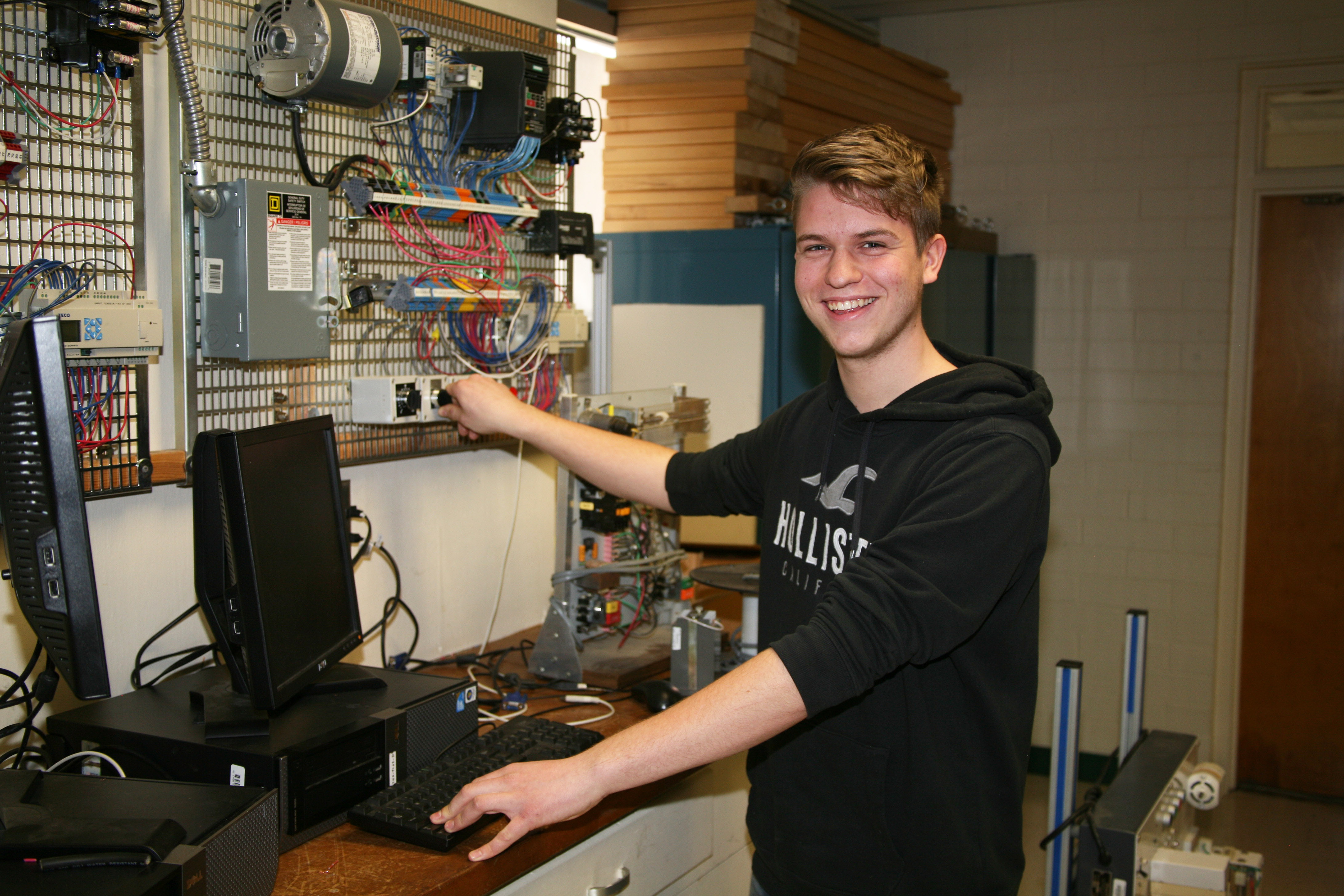 Jan Gaertner is serving an internship at Georgia Northwestern Technical College and is currently fulfilling an electronics technician apprenticeship in Germany with Hans Sporer GmbH in Rosenheim.

Berger’s internship in Georgia is at Voestalpine, an Austrian company that produces high quality automotive components for car manufactures. The facility is located in White and he is being hosted by the family of Brad Cooper, director of Data and Research Analyst at GNTC. Berger is currently fulfilling an apprenticeship in Germany at BMW AG Standort Landshut as a metal casting mechanic.

According to Berger, there are many similarities between the northwest Georgia region and Bavaria.

“It’s a growing area, big companies are here, the unemployment number is very low, and the people are very friendly,” said Berger. “Also, I really like the food here!”

Gaertner is serving an internship at Georgia Northwestern Technical College and he is being hosted by the family of Dick Tanner, director of Instrumentation and Controls at GNTC. He is currently fulfilling an electronics technician apprenticeship in Germany with Hans Sporer GmbH in Rosenheim.

Gaertner said that he was very impressed by how everyone he has met in Georgia has been interested in helping him.

“The people here are very open minded and friendly,” said Gaetner. “It is very nice to see that.”

Gurok’s internship in Georgia is with the IT department at Mohawk Industries and he is being hosted by a family in Calhoun. His apprenticeship in Germany is with Fiege Logistik Stiftung & Co. KG and his specialty is systems integration.

Gurok said that he was real excited about his internship once he saw how many locations Mohawk had in the region.

“I have seen so many locations of Mohawk businesses in this area, especially in Dalton and Calhoun and in-between those cities,” said Gurok. “I’ve never been to an American business and I really like seeing the differences or similarities to German companies.”

Apprenticeships are an employer-driven training model that combines on-the-job training with relevant classroom instruction and hands-on training in the lab.

The Azubis Go USA internship program is organized in cooperation with the Bavarian Ministry of Education, the Hamburg Institute for Vocational Education and Training, and the German-American Chamber of Commerce of the Southern U.S.