Cassandra Wheeler named newest Board of Directors member at GNTC

Cassandra Carter Wheeler, northwest regional director at Georgia Power, was recently sworn in as Georgia Northwestern Technical College’s (GNTC) newest Board of Directors member by Pete McDonald, president of GNTC, at a meeting held on the Gordon County Campus in Calhoun.

Wheeler has served in leadership positions at Southern Company subsidiaries for more than 17 years.  In her current role, Wheeler is responsible for the operations, sales, customer service, economic and community development, and external affairs activities for Georgia Power customers in the northwest Georgia region. Wheeler works out of the regional office in Rome. 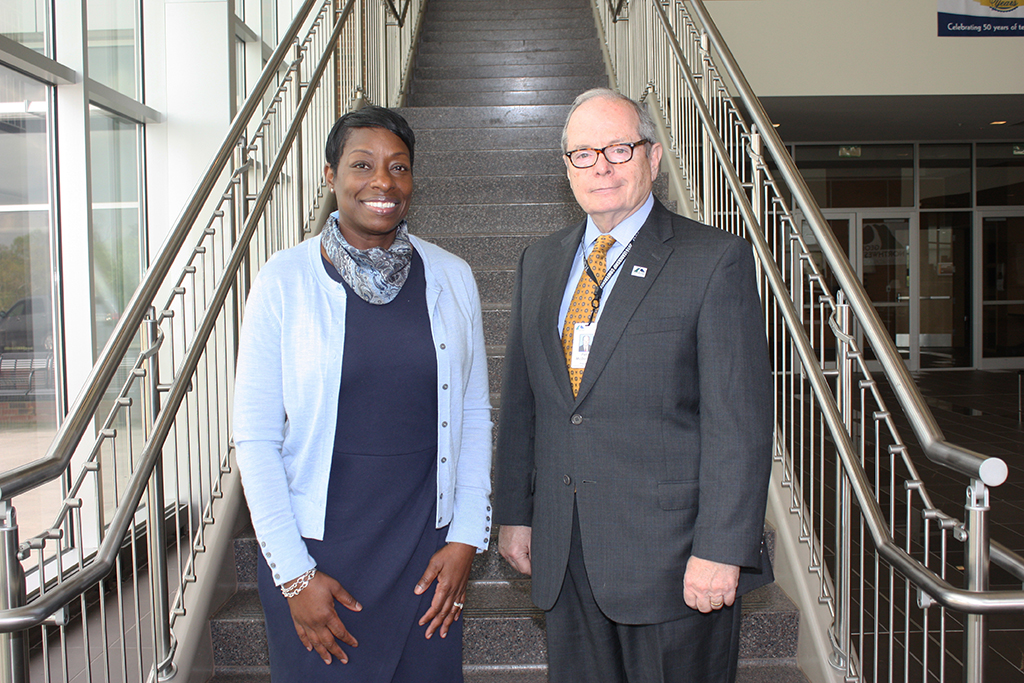 She also was a design engineer for Mead Corporate Engineering from 1997 to 2001 and served as an electronics/avionics technician in the U.S. Air Force from 1987 to 1994.

Georgia Northwestern’s Board serves both in a community advisory capacity and in a limited administrative capacity, performing certain oversight responsibilities as designated by State Board policy. The local Board is comprised of 16 members from the business and industrial communities from nine counties in the service area (Catoosa, Chattooga, Dade, Floyd, Gordon, Murray, Polk, Walker, and Whitfield counties). State Board Policy defines the role and responsibilities of the local Board. Board members are selected because of their experience, ability, and dedication to deal with issues that relate to the mission of occupational education and are without contractual, employment, or personal financial investment in the school.

Listed are members of GNTC’s Board of Directors showing (left to right) the Board member’s name, county, place of employment, and title: