Brandon Neighbors, Leyner Argueta are finalists to become the TCSG Student and Teacher of the Year

The finalists were announced during a banquet honoring the system’s most outstanding students and instructors at the Grand Hyatt in Atlanta on Tuesday, April 16.

The state GOAL winner and the Rick Perkins Award winner will serve as ambassadors for the TCSG during a number of system and college functions throughout the year. The winners will be named at the GOAL and Rick Perkins Awards Banquet on Wednesday, April 17.

Neighbors, an Automotive Technology student from Ringgold, is a student on the Walker County Campus.

“Technical education has allowed me to take the first steps toward fulfilling my dream of one day owning my own business,” said Neighbors. “It is equipping me with the knowledge and skills necessary to be successful in the Automotive Technology field.”

“As a husband and father, I needed to attend a school close to me rather than moving my family to pursue an education,” said Neighbors. “Technical colleges are right in our communities.” 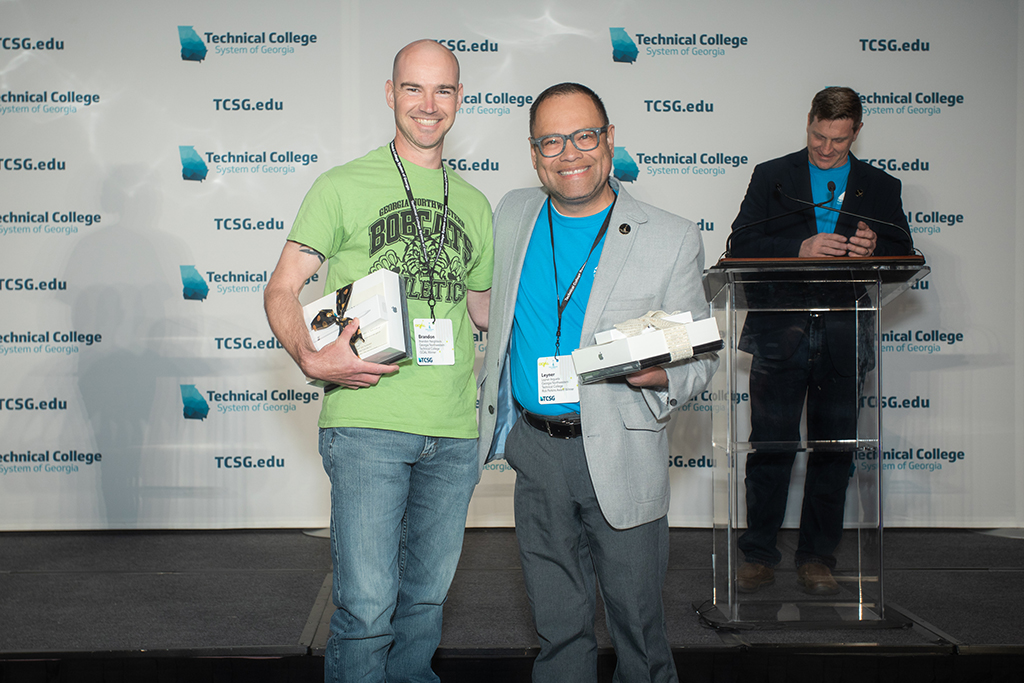 “I wanted a school that could work with my family’s busy schedule, that offers classes day and night, especially at the age of 38 with two children in school,” continued Neighbors.

He was the director of Youth Ministry at Rock Spring United Methodist Church, 2013-17, and was an Officer in the United States Marine Corps, 2002-10.

An instructor at Georgia Northwestern since 2015, Leyner Argueta teaches Management and Supervisory Development on the Whitfield Murray Campus in Dalton. He is a resident of Calhoun and is bilingual in English and Spanish.

The last Rick Perkins Instructor of the Year winner to represent GNTC was Troy Peco, director of Automotive Technology, in 2013.