The luncheon, “An Afternoon in Ireland,” was also a hands-on lab that was part of the international course “Irish Food and Culture.” The course was taught at the Waterford Institute of Technology (WIT) in Waterford, Ireland, just outside of Dublin. The luncheon at GNTC fulfilled the final lab requirement for the course. 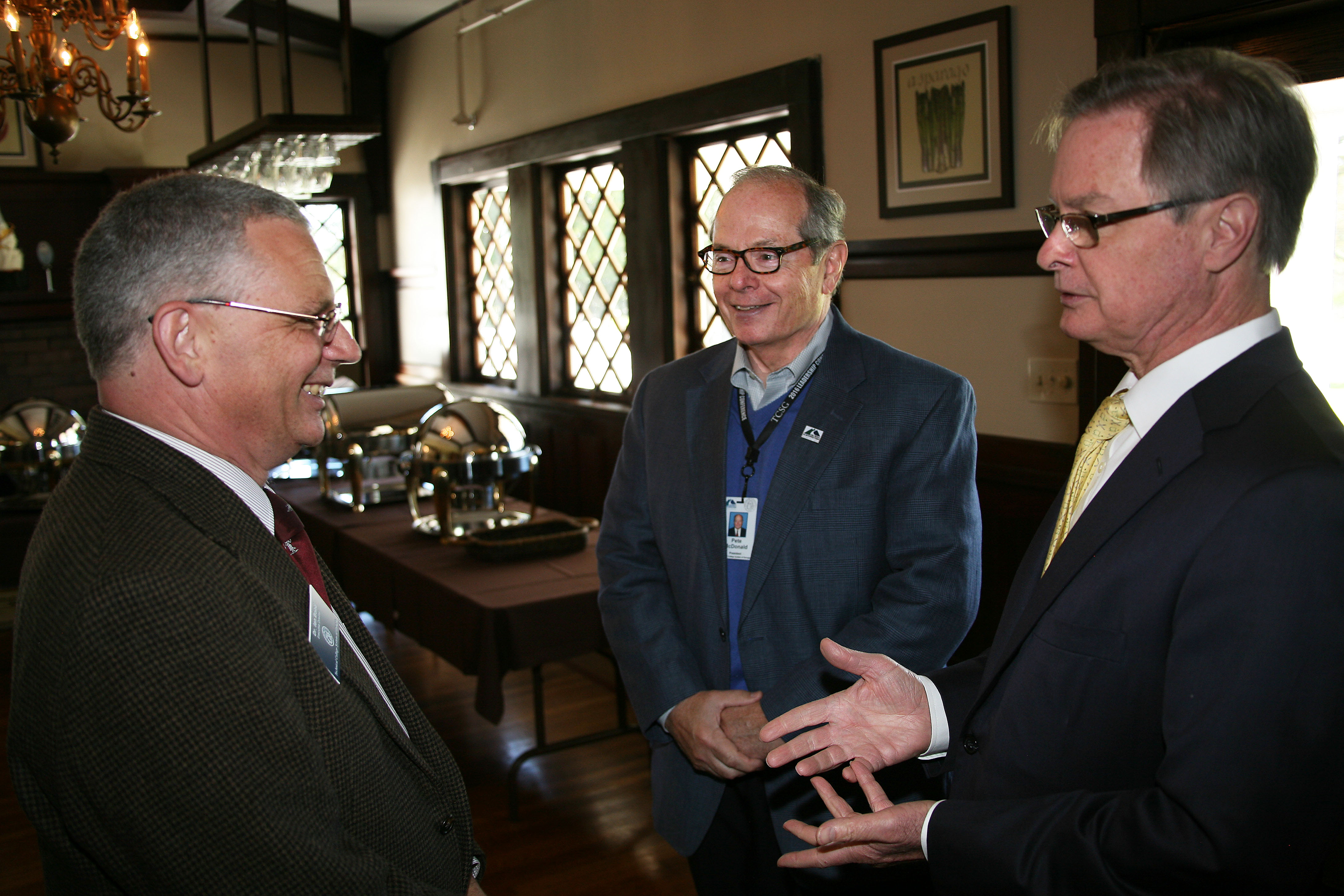 “Going outside the country and learning from the Irish chefs, their cuisine, and some of the fresh ingredients, was just phenomenal to the students,” said Chef Greg Paulson, director of the Culinary Arts program at GNTC.

The students worked in the kitchens with Irish Chefs and butchers, went to markets to buy ingredients, and even searched Ireland’s coast and countryside for fresh ingredients.

“One of the most fun things we did was go north to the seashore and forage for fresh seaweed,” said Paulson. “Then we brought the seaweed back and used it in many dishes.”

Leaders from WIT and the Technical College System of Georgia (TCSG) recently signed a Memorandum of Understanding that established a partnership giving Georgia and Irish students expanded educational opportunities. Georgia Northwestern was the first college to take part in the international agreement between the Waterford Institute of Technology and the TCSG.

According to Paulson, one of the primary reasons GNTC was chosen was because TCSG officials were impressed by the culinary lunches that the Culinary Arts program offers to the public, which feature international cuisine.

“Dr. Ian Bond, executive director of the International Center at TCSG, was very impressed with our ‘Fundamentals of Restaurant Operations’ course,” said Paulson. “As part of this course the students create the menu, prepare the food, serve it to the public, and interact with the customers.”

Dr. Bond said that he was at Georgia Northwestern meeting with Pete McDonald, president of GNTC, and they were discussing a first step to internationalize a program at GNTC.

On that same day, the Culinary Arts program was presenting a German cuisine luncheon and it became the logical choice.

“One of the things that we are trying to encourage at the Technical College System of Georgia is internationalization of programs that are strategic industries in the state,” said Bond. “There’s nothing like having a culinary student go to another country to see how the cuisine and the culture go together and you cannot understand one without the other.”

As part of the agreement, other colleges that are part of the TCSG will be traveling overseas to expose their students to Irish cuisine and culture.

“As a result of this experience, and what Georgia Northwestern has pioneered, this summer Columbus Technical College is taking another 16 culinary students from Columbus, Georgia, for the same experience,” said Bond. “The program director for the Culinary Arts program at North Georgia Technical College and the head chef from Albany Technical College will accompany them to prepare to take groups from their programs next year.”

Bond says that the students that take part in these international programs will go on to be an asset to Georgia’s economy once they graduate and enter the workforce.

“We will be sending all these chefs, with this international experience, out to go work in restaurants, catering services, and hotels throughout the State of Georgia,” said Bond. “This will raise the reputation of Georgia as a culinary center of excellence around the U.S. and overseas.”

Georgia Northwestern Technical College provides quality workforce education to the citizens of Northwest Georgia. Students have the opportunity to earn an associate degree, diploma, or a certificate in business, health, industrial, or public service career paths. This past year, 14,151 people benefited from GNTC’s credit and noncredit programs. With an annual credit enrollment of 7,956 students, GNTC is the largest college in Northwest Georgia. GNTC has an additional enrollment of 6,195 people through adult education, continuing education, business and industry training, and Georgia Quick Start.