After placing just one team in the 2016 National SkillsUSA competition last June, Georgia Northwestern Technical College (GNTC) has made huge strides in one year’s time. After grabbing eight gold medals this past weekend at the Georgia SkillsUSA competition and conference in Atlanta, Georgia, GNTC has 17 students who have now qualified for a chance at being called “The Nation’s Best” in their trades.

In all, GNTC entered 41 contestants in 25 different professional skills categories at the statewide competition. The Georgia SkillsUSA event was held at the Georgia International Conference Center in Atlanta, Georgia.

Once all the medals were awarded, 17 GNTC students qualified to participate in the 2017 National SkillsUSA competition June 19-23. “This gives our students a chance to show everyone they have what it takes to be the nation’s best at what they do,” said GNTC Construction Management Director Donny Holmes. “I know our TeamWorks entry is bringing a lot of experience to the contest this time around.” 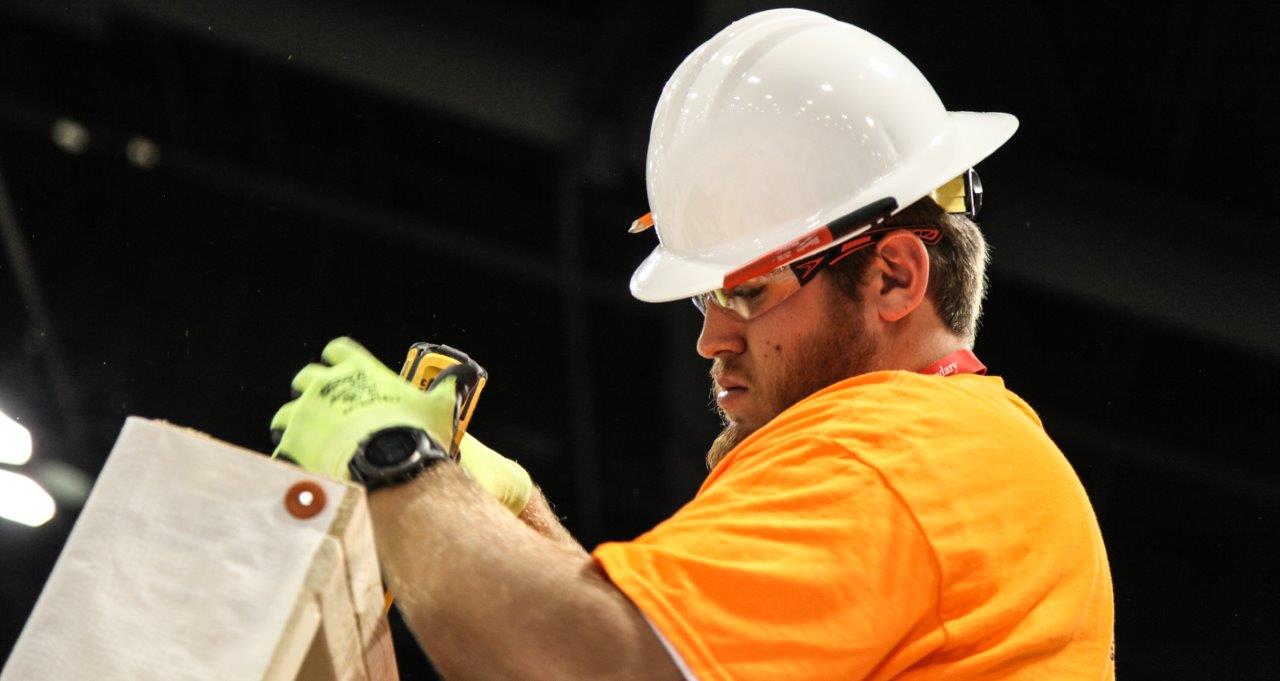 Bo Dooley of Resaca, Georgia is one of two Georgia Northwestern Technical College SkillsUSA contestants who also qualified last year for the national SkillsUSA competition. Dooley, and Barry Arrington of Calhoun, Georgia, will once again represent GNTC as part of the college’s TeamWorks entry in Louisville, Kentucky.

GNTC’s construction-savvy squad will be leading the way to Louisville, Kentucky, site of the National Leadership and Skills Conference. Barry Arrington (Calhoun, Georgia) and Bo Dooley (Resaca, Georgia), both members of the 2016 National bronze-medal winning TeamWorks line-up, will join newcomers Shawn Clark (Calhoun, Georgia) and Noah Wilson (Fairmount, Georgia) to the stage this time around. But, it wasn’t just the TeamWorks group earning a spot at the national competition hosted by the Nationals Leadership and Skills Conference in the Bluegrass State.

SkillsUSA is a national, non-profit student organization that has developed more than 10 million workers through active partnerships between employers, educators, and industry leaders. SkillsUSA programs include local, state, and national competitions in which students demonstrate occupational and leadership skills. At the annual SkillsUSA National Championship, nearly 6,000 students compete in 100 occupational and leadership skill areas.

As a chapter of SkillsUSA, the GNTC organization became the first-ever to receive top honors in the “Quality Chapter” and “Chapter of Distinction” categories in the same year. Also, GNTC’s Levan was elected to assume a state position on the Georgia Post-Secondary State Officer Action Team for the 2017-2018 academic year. LeVan will represent GNTC at SkillsUSA events in several states, as well as Washington, D.C.

For more information on Georgia Northwestern Technical College’s SkillsUSA program, you can call the college at 866-983-4682. For information online, visit the college at GNTC.edu, as well as on GNTC’s Facebook, Twitter, Linkedin, Google+, WordPress, and YouTube channels. GNTC is a unit of the Technical College System of Georgia (TCSG) and an equal opportunity institute.

Since 1962, Georgia Northwestern Technical College has provided degrees, diplomas, and certificates in business, health, industrial, or public service career paths. This past year, 13,734 people benefited from GNTC’s credit and noncredit programs. With an annual credit enrollment of 7,876 students, GNTC is the largest college in Northwest Georgia. GNTC has an additional enrollment of 5,858 people through adult education, continuing education, business and industry training, and Georgia Quick Start.