High school teams from across North Georgia converged on the Dalton Convention Center March 9 to take part in the FIRST Robotics Peachtree District Qualifier. Georgia Northwestern Technical College and other educational and business leaders across the region were on hand showing their support.

“You represent some of the best and brightest young minds in our region,” said Georgia Northwestern Technical College Executive Vice President Dr. Heidi Popham. “So, whether you are helping with the programming, electronics, welding, design, or the marketing of these projects, we at Georgia Northwestern are very impressed by your drive and determination and hope to see many of you on campus in the future.” Popham addressed the teams during the opening ceremonies.

From the Northwest Georgia College and Career Academy (NWGCCA) “Fighting Mongooses” to the Dalton “Cata-bots,” competitors from dozens of Georgia high schools were competing for top honors at the regional competition. East Cobb, Dunwoody, and North Gwinnett High Schools were the top three winners at the event. North Murray High School was a finalist in the event. Dalton High School was recognized as the best performing rookie team. NWGCCA won the competition’s Entrepreneurship Award. 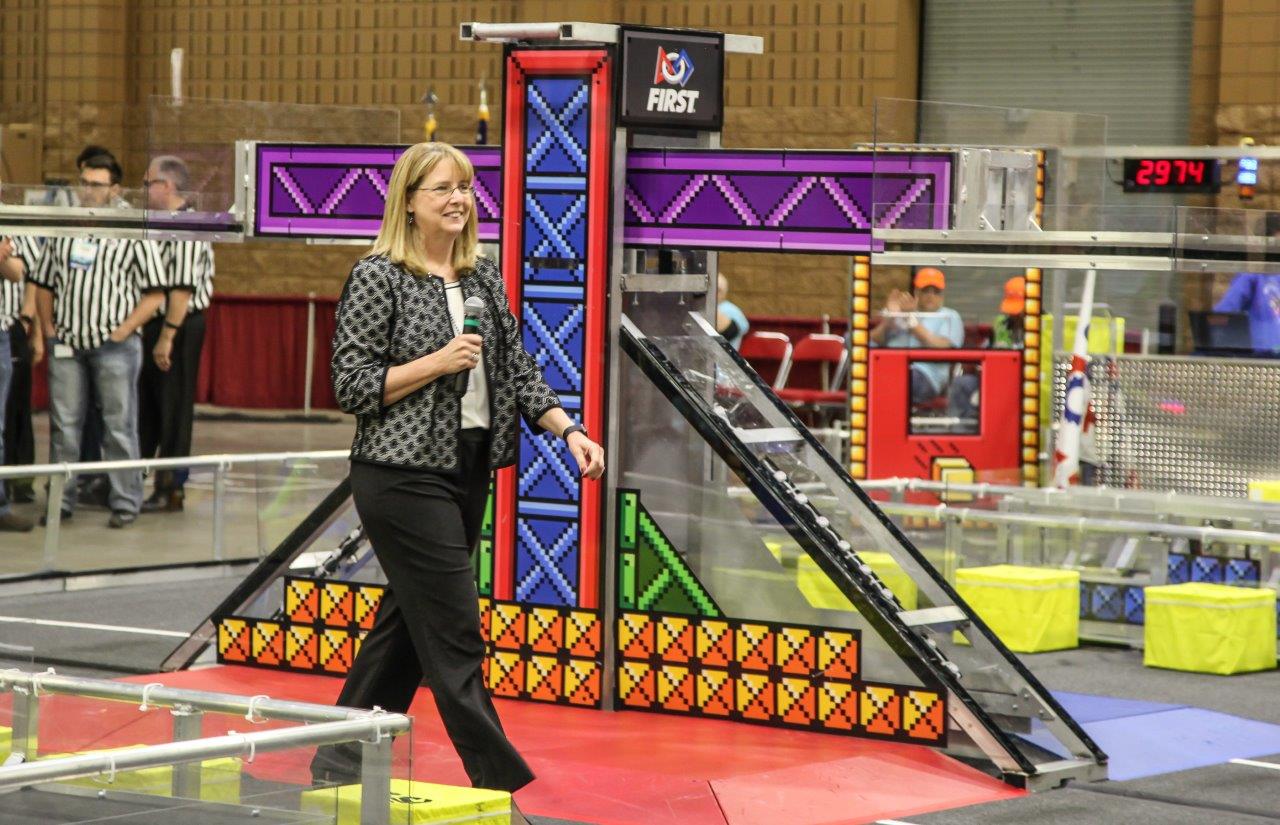 Two years ago, NWGCCA took its Fighting Mongooses to the International FIRST Robotics competition in its very first year of competition. The team competed against more than 180 teams from around the world.

The FIRST Robotics program began 25 years ago in New Hampshire with 28 teams in a single high school gymnasium. Today, FIRST has grown to reach more than 400,000 students throughout the United States each year. More than 80-percent of competitors say they are more likely to take more advanced STEM (science, technology, engineering, and mathematics) courses as a result of competing in the robotics competition.

FIRST stands for “For Inspiration and Recognition of Science and Technology.” For more information on taking part as a school, sponsor, or volunteer in Georgia, visit GeorgiaFIRST Robotics at www.gafirst.org.