Georgia Northwestern Technical College (GNTC) alumnus and 2017 SkillsUSA welding national champion Ryan Fincher was chosen to be the U.S. representative in an elite international competition against the best welders from around the world.

On Thursday, Feb. 21, Fincher was selected as the SkillsUSA World Team Welder to represent the nation at the WorldSkills Competition in Kazan, Russia.

The announcement was made at an awards program hosted by the American Welding Society (AWS) in Huntsville, Ala. The WorldSkills Competition will take place Aug. 22-27.

As the winner, Fincher will receive a $40,000 scholarship in addition to representing the nation against the best WorldSkills welders from other countries.

“It is an honor to be able to represent the U.S.,” said Fincher. “I have always dreamed about this ever since I heard of WorldSkills.” 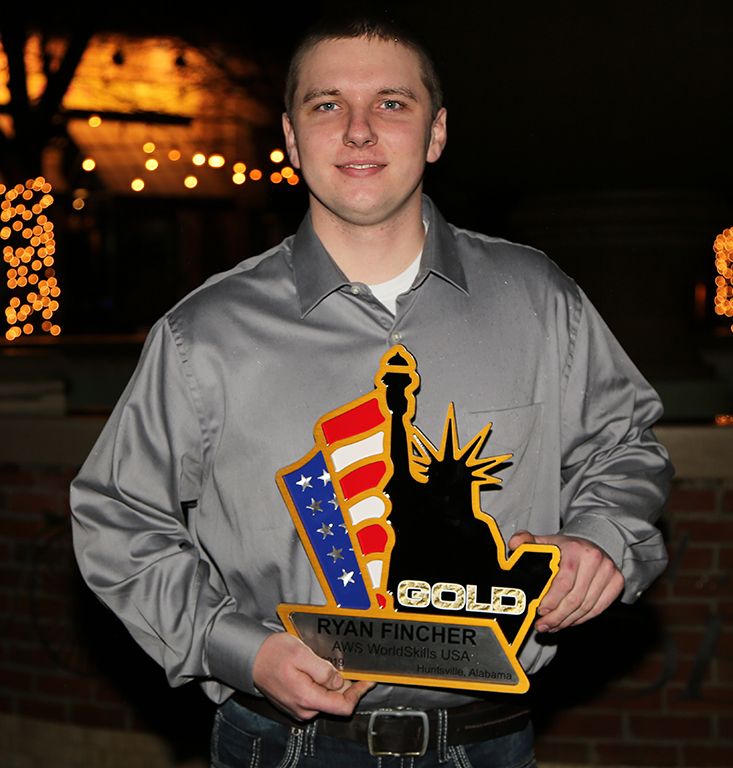 GNTC alumnus Ryan Fincher of Cedartown was selected as the U.S. representative for an elite international competition in Russia against the best welders from around the world.

A resident of Cedartown, Fincher has been competing in a four-stage process for the past several months to become the SkillsUSA World Team Welder.

The final stage of the competition took place Feb. 16-21 at Alabama Robotics Technology Park in Tanner, Ala.

“Ryan is the first person in the State of Georgia to win this competition,” said Matt Hayden, instructor of Welding and Joining Technology at GNTC.

Hayden is also an instructor of Metals and Welding at Cedartown High School and has been coaching Fincher since he was a high school student.

Every two years, the AWS invites the top 48 welding competitors from the National SkillsUSA Championships to compete in the four-stage competition to decide the SkillsUSA World Team Welder. All competitors were state champions and have competed at the National Level for SkillsUSA.

In 2016, Fincher was a top six finalist to become the SkillsUSA World Team Welder.

Fincher already has experience in international welding competitions. This past summer, he was selected by the AWS to be the American representative in the China International Welding Competition 2018 in Beijing and won the bronze medal.

Fincher is currently working as a part-time lab assistant in the Welding and Joining program at GNTC and has been practicing and preparing full-time for the four-part competition for the past several months. Fincher practiced at GNTC’s welding labs and the welding labs at Cedartown High School.

“Since the beginning of August, Ryan quit working full-time and has been practicing full-time for this competition,” said Hayden.